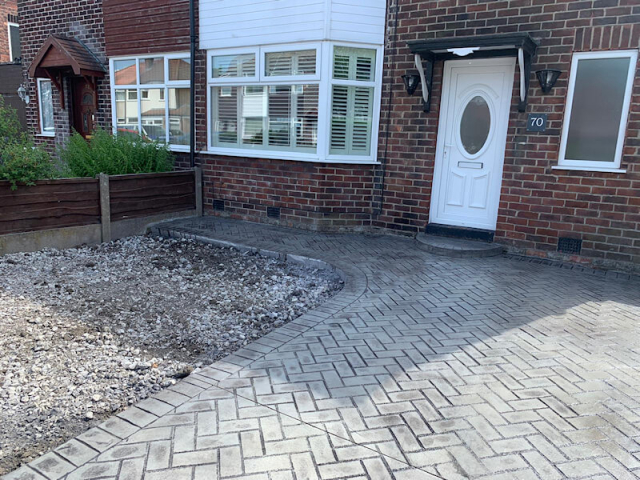 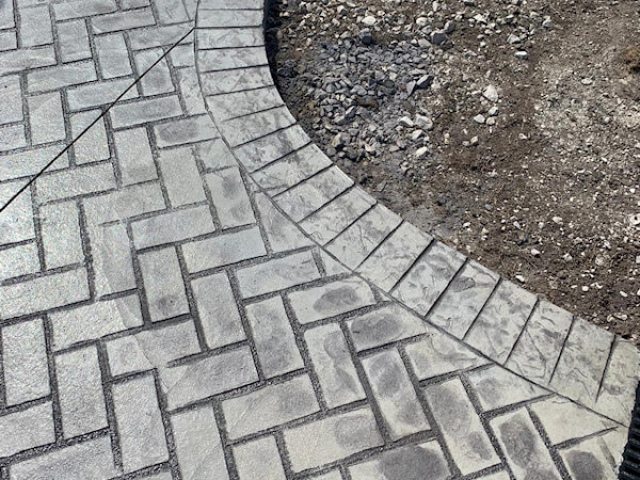 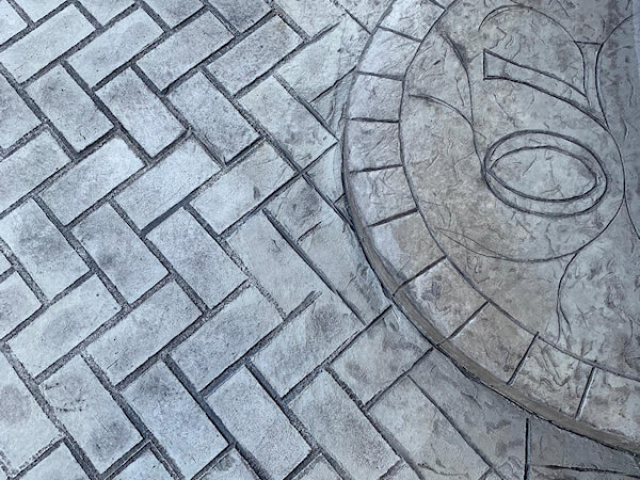 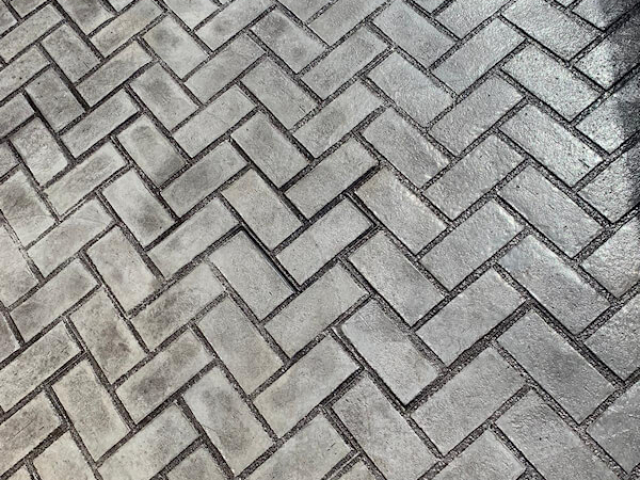 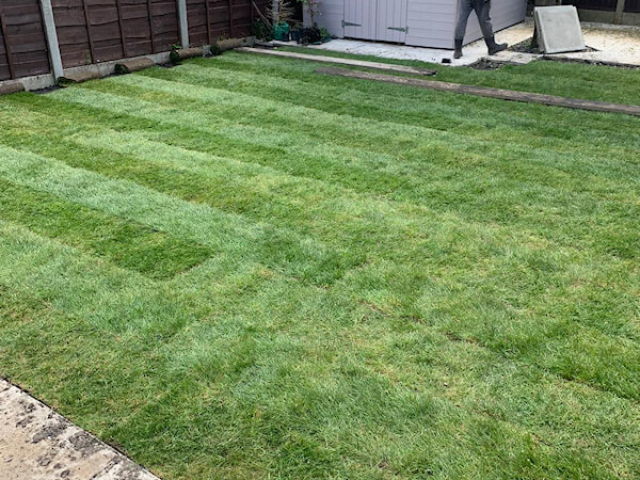 If you are thinking of having a new driveway in Flixton Manchester, have you considered a pattern imprinted concrete driveway? Your answer might be “yes” but having looked at all the options you prefer the appearance of block paving.

If that’s the case, pattern imprinted concrete can be installed in a herringbone pattern, creating the look of block paving without the initial cost and ongoing upkeep that is required with this type of new driveway in Flixton, Manchester.

Having block paving can be visually appealing and can enhance the appearance of either a more traditional house or a contemporary property as this style is very adaptable. That’s why choosing to have a herringbone pattern in pattern imprinted concrete, that creates the look of block paving, is a great option.

Our recent clients wanted a new driveway in Flixton, Manchester, and decided to have their pattern imprinted concrete driveway done using the herringbone pattern and coloured in light silver. You can see the overall effect which perfectly complimented the age and appearance of the property. We were able to cut the driveway to the shape our clients required, accommodating areas for plants and borders.

Planet Surfacing also added the house number onto the step at the front door which was also covered in pattern imprinted concrete. This was written freehand. It was all finished off with a mid-sheen sealant, giving the surface a beautiful, shiny appearance.

At Planet Surfacing we always ensure that all the driveways we install are SuDS compliant. This means that they have a drainage channel for water to flow into, preventing a build-up of surface water. You can see a photograph of the drain that was installed at the top of this new driveway in Flixton, Manchester.

At the back of the house we added turf and flags as well as building planting areas with sleepers. Take a look at the photographs to see the fantastic results of this project!

Request A Call back 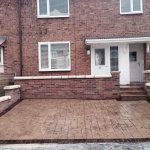 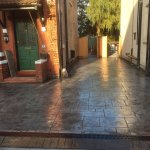 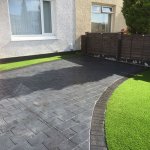 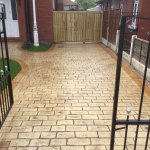 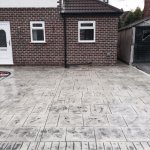 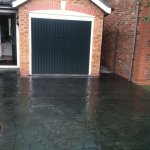 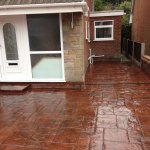 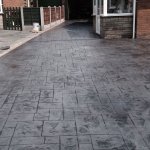 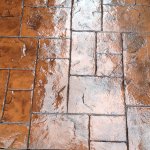 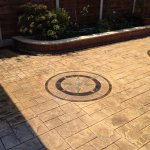 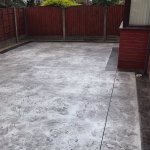 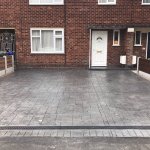